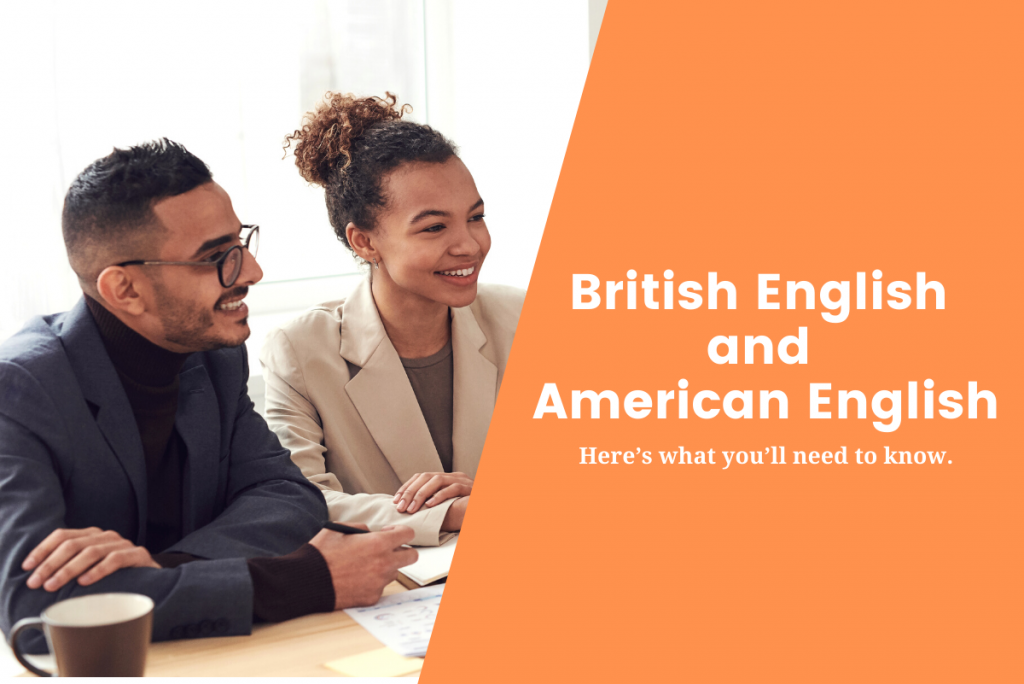 We don’t like to generalize, but, generally speaking, there are differences between British English and American English. And if you’re an international student in the USA from an English-speaking country – most likely a Commonwealth nation – you’re probably already very aware of some of them. But American English tends to be taught in many non-English speaking countries, so learning how English can vary will help you no matter where you travel. It’s important to note, though, that the vast majority of grammar and word usage is the same in both countries, so we can complain about international student loans without any language barriers.

How to word things
There’s a tendency to talk about a “British” accent or an “American” accent as if there’s only one of each. But just like in every country, people in one geographic region may not sound exactly like those in other regions. This means their overall accent, specific word pronunciation, and even slang words aren’t the same. Though it sounds like a lot to learn, you’ll pick up the local dialect at your school (as well as all kinds of other important terms) pretty quickly.

It’s not just the different words in the USA and England, though – it’s also the spelling of words that both countries use. There are multiple examples, but here are the most common ones:

Some grammar is also used slightly differently between the USA and England, but both are correct and are understood by the other speaker. The biggest example you might notice is that Americans use “-ed” to end a word in past tense, while the British may use “-t” instead. This means that “I learned about my visa requirements yesterday” in the USA becomes “I learnt about my visa requirements yesterday” in England.

Other differences to note
You’ve probably heard the stereotype that Americans love to talk. While this often isn’t the case, what is common is greeting someone without expecting a detailed reply. You’ll hear a lot of “How are you?” and “How’s your day?” from people passing through your life, such as a cashier, waiter, or even colleague. But the expected response is not a story but rather a generic and short “Good, thanks.”

Though most of your American-English learning skills will focus on vocabulary and grammar, there’s another important difference that will affect you on a daily basis: time. In England, and in most other countries around the world, the clock is 24 hours. But in the USA, a 12-hour clock is used with the addition of a.m. (for midnight through noon) and p.m. (for noon through midnight). So, for example, if you meet up with a friend for dinner at 19:00 in England, you’ll meet up with the same friend at 7 p.m. in the USA.